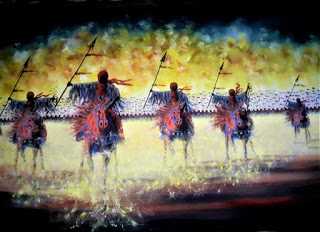 “He was the first Fulani person to step his legs into what we now refer to as Nigeria. All the way from Fouta D’Jallon, very close to the boundary between Mali and Guinea, Usman Dan Fodio assembled a Fulani army to lead in jihad (Islamic holy conquest) against the Hausa kingdoms of northern Nigeria. The forces of Usman Dan Fodio slowly took over more and more of the Hausa kingdoms, captured Gobir in 1808 and executed Yunfa.

“The war resulted in the creation of the Sokoto caliphate, headed by Usman Dan Fodio himself, which became one of the largest states in Africa in the 19th century. His success inspired similar jihads in Western Africa. The Hausa had established well organised city states before the advent of the Fulani. These states included Katsina, Daura, Kano Zazzau (Zaria), Biram, Gobir and Borno. Some of these were conquered and re-established by the Fulani. A few other kingdoms such as Katagum, Hadejia and Gombe were founded.

“The coming of the Fulani into Hausaland resulted in significant changes in the area. They brought the full force of Islam which became a great factor of social life and culture. In education, dress, taste and outlook, the Hausa and their Fulani conquerors became part of the Islamic culture world. This influence remains till today. Today Hausas are only used as foot soldiers by their new master’s the fulanies. This is what Fulanis want to replicate in other parts of Nigeria. Fulanis, very vicious, crafty, cunning, cruel, brutal, unforgiving and power mongers.

“Before the Fulani invasion, Hausas were the great merchants of the great Trans Sahara trade, but today, they have become beggars (almajiris), slaves, useless, less than second class citizens in their own ancestral land, and their Fulani rulers continue to use Islamic religion to make them believe that it is the will of God for them to be poor and beggars”