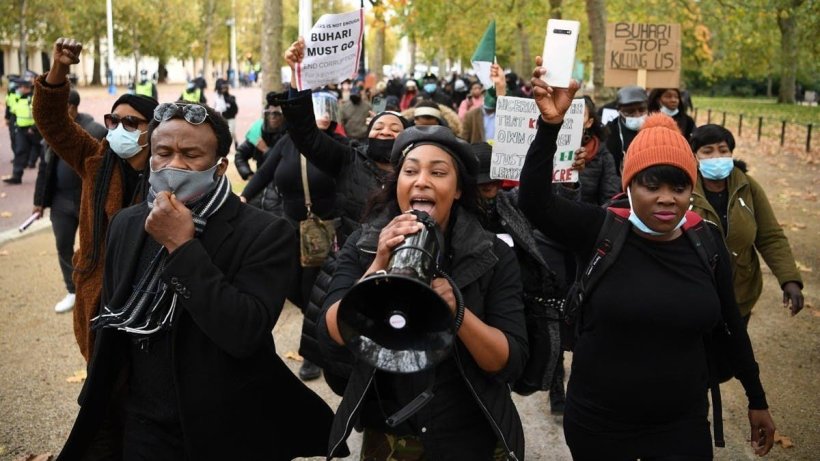 Mazi Nnamdi Kanu, the leader of the Indigenous People of Biafra (IPOB) has in his recent broadcast via Radio Biafra stated, and rightfully so, that Britain prefers idiots as Nigeria leaders in order to be in total control of the country’s affairs.
Following the event coming out of Nigeria, one will want to ask what Britain really wants from her company, Royal Niger(Nigeria), established, no doubt, to serve colonial interest with the greed and double standards that follow.
It is, therefore, germane to ask the above question and demand an answer in 21st century. To better understand the underlying reason for the perpetual display of slave master behavior as accentuated in British foreign policy mandate to the foreign and commonwealth office, the next paragraph is of utmost importance.
Professor Chinualumogu Albert Achebe, the literary giant, in his book ‘There was a country’ opined that the reason Britain continues to behave in such a lackluster, vicious and villainous way is due to the following: “The rain that beat Africa began four to five hundred years ago, from the ‘discovery’ of Africa by Europe, through the transatlantic slave trade, to the Berlin Conference of 1885. That controversial gathering of the world’s leading European powers precipitated what we now call the scramble for Africa, which created new boundaries that did violence to Africa’s ancient societies and resulted in tension-prone modern states. It took place without African consultation or representation, to say the least.” Britain has in her past and present actions justified the subjugation of the Indigenous people in Nigeria making the country totally impossible to govern through their support for incompetent individuals who will always nod at their every demand.
This condition is important for the sustenance of British narrative that post-colonial Africa is both incapable of ruling itself as well as poor and in urgent need of western aid even though the resources that sustain the west come from Africa.
It cannot be overemphasized and is nothing short of pure and extreme racism for a Britain that opted out of the European Union through referendum to exhibit, through the sociopolitical meddling of her high commissioner, Catriona Laing, vacuousness by goading Fulani marauders to exterminate the Indigenous people in Nigeria. It has to be stated with certitude that the Fulani has only one ambition – conquest. It is, therefore, sad that Britain has found a perfect house nigger willing to commit xenophobe!
This playbook of divide and rule is British conquistador modus operandi in Africa leading to a continuous holding down of the indigenous people – also referred to as neocolonialism.
The question now is: have the Indigenous People developed thinking faculty? Will they still allow Britain to play demigod and ride a rough shod over them? The answer is simple. No! The die is cast. This generation of Indigenous people shall get their freedom or die trying. Nothing less.
These are the reasons our leader, Mazi Nnamdi Kanu, rightly tweeted that “For Britain to remain in control of Nigeria, an idiot has to remain the president.” This is the only reason Buhari doppelganger who is now supervising an ethnic cleansing happening in every part of Nigeria from East to West and North has remained the president of Nigeria because they know they can manipulate him to their favour.
There is, in my honest opinion, a correlation between the criminal silence of the international community and the activities of the multinational oil and gas corporations. It does seem, regrettably, to exist a latent deference of high potency to Britain not minding the crystallization of its anti-Africa foreign policy. There appears to be an unwritten agreement that Africa must rise to defend itself from western interference and especially British subjugation. The question though is: Are conscientious people at the international community going to act?
Written by Chukwu Julius Okey
Edited by Chibueze Daniel
For Family Writers Press International